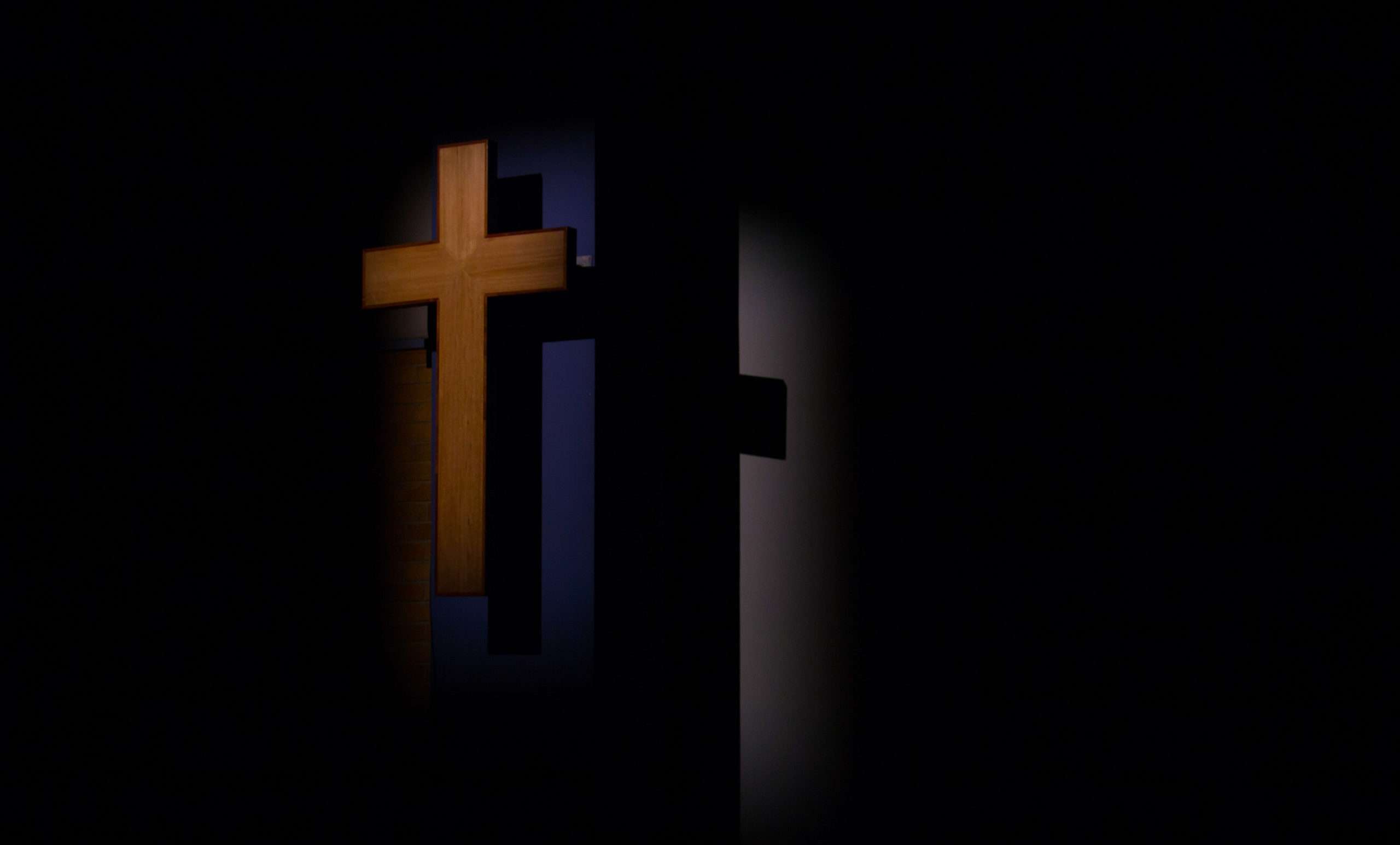 I’m a big Australian Rules football (or AFL football) fan.  Last weekend I went to watch my team (Adelaide) play Essendon.  It was the first game for the year for Taylor “Tex” Walker.  Tex is a former club captain and has been called a ‘spiritual leader’.  Here’s the type of person people gravitate to.

The reason that it was his first game for the year was that last year, he was given a six-match suspension.  Now suspensions are pretty common in the AFL, and are mostly handed out for aggressive on-field actions, such as striking an opponent or rough play.  It’s a contact sport, and most of those incidents have to be reasonably serious to incur a penalty such as missing games.

But Tex’s suspension was for making a racist comment about another player.  This was different.

Tex Walker is a great player with sublime skills, especially for a key forward whose primary responsibility is to kick goals.  He ended up kicking four in his return game.  But early on in the match in particular, he was booed by sections of the crowd.  Clearly the idea of him returning didn’t sit well with some folk.  Perhaps they thought he should have been suspended for longer?  Perhaps they thought that what he had done should not be forgotten, perhaps that he shouldn’t play again?

It reminded me of the incident in chapter 8 in John’s gospel when a woman was to be stoned for being caught in adultery.  That was the penalty in those days.  The religious leaders challenged Jesus about what they were about to do, trying to trap him (as was their wont).  Ultimately Jesus replied “If anyone of you is without sin, let him be the first to throw a stone at her” (NIV, v7).

After Tex kicked his first goal, I quoted this, loudly enough for the people immediately around me to hear.  A lady in the row in front turned around and agreed with me.  No one’s perfect.

Are we still willing to forgive people these days?  Increasingly we seem to be living in a society where forgiveness is not easily given nor forthcoming.  The Sandpaper-gate incident involving the Australian cricket team a few years ago is another sporting example.  Some people still aren’t prepared to forgive those players who used sandpaper on the cricket ball in order to increase their chances of getting opposition batters out.  In Australia, where cricket is basically the national sport, the mantra is that we play hard but fair.  We don’t cheat. They did.  Do they get a second chance?

Some of you may have experienced a sense of being unforgiveable.  Are any of you on social media these days?  Have you dared to post something that may be somewhat controversial to a wider audience?  I’ve never had a Twitter account, and don’t plan to, because I’ve seen enough Twitter conversations to know for sure that I don’t want to engage there.  There’s little tolerance of any differing opinions.  We can think of Israel Folau, Margaret Court, J. K. Rowling and others who have been victims of ‘cancel culture’.  They’ve said something so unconscionable and intolerable to people who hold differing views that, for those people, rather than engage in discussion, the only apparently available course of action is to ‘cancel’ them.  Whether we agree with their views or not, the whole concept of cancelation is to make explicit that there is no way back.

For me this even comes through in political discussions.  We devolve into our tribes; we read social media whose algorithms further connect us to articles that reinforce our own views rather than challenge them; and rather than discuss topics with our opponents the ‘solution’ apparently is to shout all the louder.  And so we don’t understand why Donald Trump was elected President in 2016; or perhaps why Joe Biden was elected President in 2020, or why the Coalition won the 2019 election or why Brexit happened in 2016.  Why? Because we didn’t listen to what the ’other side’ were saying, nor did we even try.  Do we respect people for having a different view?

What this makes clear to me is that, while there may not be much forgiveness, there certainly is the concept of sin.  Perhaps not in the Biblical sense, but there is still a sense of right and wrong, good and evil.  “Do the crime, do the time” still applies.  Many would agree that what Tex Walker did was wrong and should have been punished.  Basically everyone agrees that the Hitlers and Pol Pots and other brutal historical figures were ‘bad people’. .But other matters of right-and-wrong are more relative.  Were Israel Folau and Margaret Court and J. K. Rowling wrong in what they said and for what they were ‘cancelled’?  It depends on who you talk to and what their views are.  Most people in the Western world are horrified by the Russian invasion of Ukraine right now and some of the atrocities being committed there, and would certainly describe those as sinful.  But some commentators are suggesting that, from the Russian perspective, this is being portrayed as a type of righteous war.  As Obi-Wan Kenobi said in the Star Wars franchise episode VI: Return of the Jedi, “you will find that many of the truths we cling to depend greatly on our own point of view.”

The Bible discusses sin and forgiveness extensively.  Indeed, these aspects are at its core.  The Biblical definition of sin is (unfortunately for us) quite liberal (e.g. when compared to the law).  It’s essentially rebellion against God, which really means living for ourselves rather than living for God.  We are all guilty of this, if we are honest with ourselves.  We don’t get everything right all the time.  We may have cheated a little here, had a lustful thought there, been jealous of that person here, coveted that thing there, etc.  Sure some have done more or less of this than others.  But we’ve all done it, and that’s the problem.  As it says in Romans 3:10-12, “there is no one righteous, not even one; there is no one who understands, no one who seeks God.  All have turned away.”

Sin is bad.  It separates us from God.  A price needs to be paid for forgiveness to be obtained.  The Old Testament (particularly Leviticus) describes the lengths that the Israelites needed to go to atone for their sins, even the unintentional ones.  Blood had to be shed, such as that of a bull or goat or lamb.  Precise instructions had to be rigorously followed.  Sin is serious business.  We get glimpses of this in the Biblical stories when heavenly creatures appear to mortal humans, where the overwhelmed human is regularly told “do not be afraid.”  When unholy humanity encounters a holy God, fear is a natural disposition (e.g. Gideon in Judges 6:22-23)!

What can we do?  One approach is to ignore it; pretend sin isn’t real.  Neil Finn is a world-famous singer-songwriter from New Zealand, from bands such as Split Enz and Crowded House.  His first solo album in the late 1990s was Try Whistling This.  The first single was called Sinner.  The lyrics describe someone who is certainly aware of the concept of sin (he had a Catholic upbringing), but perhaps not of forgiveness.  The first chorus goes “Sinner I have never learned, Beginner I cannot return, Forever I must walk this earth like some forgotten soldier.”  Just prior to the second chorus come the words “Where’s my faith, it is lost, can’t see it ‘til you cast it off.”  Then the second chorus: “Sinner there is no such thing, Beginner I have learned to sing”.  For Neil Finn, casting it off and choosing not to believe seems to be his way through.  This saddens me.  Was he ever told about forgiveness?

Thankfully, there is!  While “the wages of sin is death…the gift of God is eternal life in Christ Jesus our Lord” (Romans 6:23).  “For God demonstrates his own love for us in this: while we were still sinners, Christ died for us” (Romans 5:8).  No more regular sacrifices: Jesus’ perfect one-time sacrifice pays the price for our sin for all time (Hebrews 9:27-28)!  And for those who believe in him and commit to following him, there is the promise of abundant life now (John 10:10) and eternal life to come (John 3:16).  While sin is inevitable, no one is beyond redemption (1 John 1:9); salvation is available to all who call on him (Romans 10:9).  Good news indeed at this Easter time!