Why have we lost hope?

← What’s the next line? (Article by David Marlow, Elder) Bringing Hope (We bring a message of life from the ashes) → 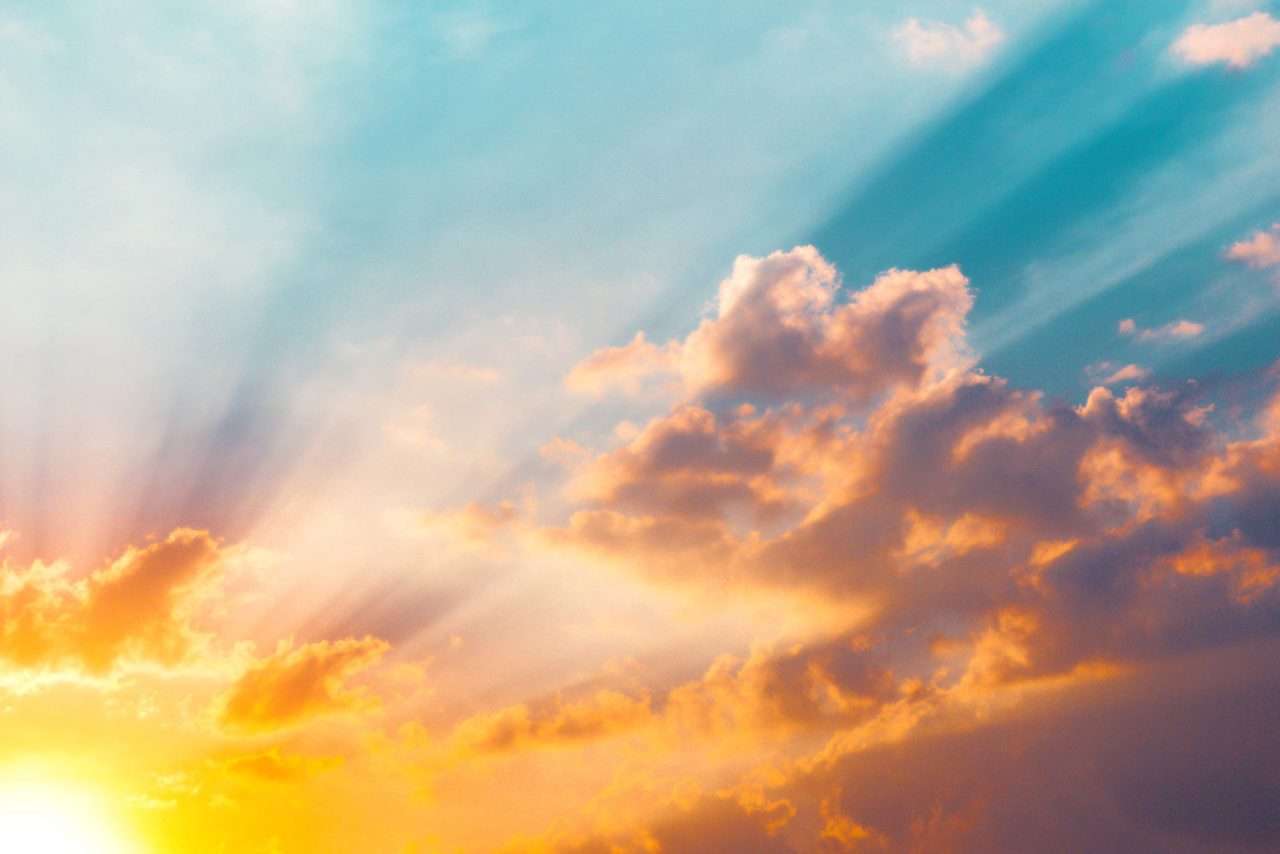 (A reflection on the Pre-Tribulation Rapture of the Church)

Therefore, with minds that are alert and fully sober, set your hope on the grace to be brought to you when Jesus Christ is revealed at his coming. 1 Peter 1:13

The world need hope right now! The truth of that statement is beyond question, but what is the most surprising, and in my mind unacceptable, is the level of hopelessness is being experienced among Christians.

The greatest reason to hope

Today, my aim is to restore hope, desperately needed hope. And as 1 Peter 1:13 reminds us, there is nothing that can fill our hearts with hope and expectation more than the knowledge of the coming of our Saviour to bring us home.

I’m not just talking about death, though for those who die ‘in Christ Jesus’ they experience immediate joy, the end of suffering and the beginning of a whole new life, life like we have never experienced before. But today I’m talking about the very real possibility, and the full expectation, that at any moment we will be transformed. We will join with the resurrected saints, we will meet our Lord in the air, and He will take us to be with Him in the place He has prepared for us.

This reality should be our greatest hope, and just recently I wrote an article on why I believe we have every reason to anticipate this at any moment. What is unacceptable to me is that, for many churches, maybe even our own church at times, this truth is spoken of as some vague, ‘somewhere off into the future in someone else’s lifetime’ kind of way, rather than something that could surprise us at any moment. It is no wonder that many Christians have lost hope.

The hope of Jesus’ soon return

Well, I’d like to help rectify that. That is the purpose of this article, to share some of the reasons that I believe that Jesus returns for His church, before a time that Jesus describes as a time where;

“there will be greater anguish than at any time since the world began. And it will never be so great again.” (Mt 24:21)

We refer to the return of Jesus prior to a time of great trouble on the earth as the ‘pre-tribulation rapture of the church.’ It is a doctrine of great contention, which is probably why many avoid talking about it. You don’t have to believe in the doctrine of the pre-tribulation rapture of the church to be saved, but it certainly changes your outlook on life, and gives wonderful, Biblical hope.

Sadly, I believe that one of the reasons people don’t believe it, is that there are many scoffers that teach lies that would be easily refuted using Scripture if people took the time to do so.

I want to quickly deal with what is the most common and easily refuted lie, and that is that ‘the rapture is not in the Bible.’ It most certainly is! The word Rapture is based on the Latin word translated from the Greek ‘harpazo,’ in English it means ‘caught up’ which is found in 1 Thessalonians 4:17 which reads:

Then, together with them, we who are still alive and remain on the earth will be caught up in the clouds to meet the Lord in the air. Then we will be with the Lord forever.

So the Rapture is clearly taught in Scripture. Along with the above passage, other key passages include 2 Thessalonians 2:1, 1 Corinthians 15:51-53, Acts 1, John 14 just to name a few.

The second lie around the ‘pre-tribulation’ rapture is that it is a recent doctrine only spanning back a few centuries. However a simple search of church history shows that the earliest leaders in the church, as far back as the 1st century taught about the imminent return of Jesus. That means that He could return at any moment, and that nothing needed to be fulfilled for that to happen.

In other words, that the catching away of the Church, and the second coming of Jesus cannot be referring to the same thing, because there are still things that must take place before Jesus can return to earth to set up His Millennial Kingdom. (We will take a look at the differences between the rapture and the second coming later).

What does the Bible say?

It isn’t just early Christian teachers that held to this position. When Paul writes his second letter to the Thessalonians he writes:

Now, dear brothers and sisters, let us clarify some things about the coming of our Lord Jesus Christ and how we will be gathered to meet him. Don’t be so easily shaken or alarmed by those who say that the day of the Lord has already begun. Don’t believe them, even if they claim to have had a spiritual vision, a revelation, or a letter supposedly from us. Don’t be fooled by what they say. For that day will not come until there is a great rebellion against God and the man of lawlessness is revealed… (2 Thess 2:1-3)

There is something quite interesting about this passage. Different words in the Greek can be translated into different meanings depending on the context. The word ‘apostasea’ is translated here as ‘a great rebellion’ or in another version a ‘falling away.’ But in the first English translations of the Bible it was translated as ‘departure.’

This may or may not be accurate, but it does line up with the passage because it would be a reference to the departure of the church. In the next part of the passage Paul speaks of this when he says that the ‘Day of the Lord’ cannot begin until the Lawless one is revealed. And that the lawless one cannot be revealed until the ‘restrainer’ (a reference to the Holy Spirit) has been removed.

So in plain language: The day of the Lord refers to the time of God’s wrath on the earth, when He punishes wickedness. This takes place just prior to the second coming of Jesus. The Thessalonians were in fear because they had been told ‘the day of the Lord’ had already begun. Paul tells them that it can’t begin until the ‘restrainer’ is removed and the man of lawlessness (another term for anti-christ) is revealed.  If the ‘restrainer’, the Holy Spirit, is removed then the Church must also be removed because the Holy Spirit will never leave those who are ‘in Christ Jesus.’ That is Jesus promise to us (John 14:16). And Paul refers to him as the ‘seal of our inheritance.’ (Ephesians 1:13-14)

The Thessalonians believed they had missed the return of Jesus and the rapture of the church, and gone into the Great Tribulation. Paul assures them that they haven’t, that time hasn’t started because the anti-christ hasn’t been revealed yet.

The sequence of events in a pre-tribulation model

‘the abomination of desolation, spoken of by Daniel the prophet, standing in the holy place’ (Mt 24:15).

From the prophesy in Daniel this is believed to take place 3.5 years into a 7 year period. The Israelites will realise that this man is not the Messiah, and they will fell for their safety. Then will the great persecution take place.

Why wouldn’t the church go through the Great Tribulation?

Certainly, Jesus promises us that in this world we will face tribulation. And that has been happening now for 2,000 years. But the Great tribulation is a different thing all together. During this time, God’s Wrath is brought upon the earth (Revelation 6:17).

The church is promised that she ‘will be kept from the time of trial’ (Romans 5:9; Revelation 3:10) in fact for lots of reasons were she to do that it would make makes no sense at all. Noah was a preacher of righteousness, he and his family were saved from the flood. (God’s wrath on a wicked earth) Lot also is described as righteous, and if you read the Sodom and Gomorrah story carefully, you discover that the Angel couldn’t bring God’s Punishment on the cities until Lot and his family had been removed.

Isaiah 26:20 describes this perfectly when God says to His people:

“Come, my people, enter your chambers, and shut your doors behind you; hide yourself, as it were, for a little moment, until the indignation is past. For behold, the Lord comes out of His place to punish the inhabitants of the earth for their iniquity.”

What a beautiful picture of hope for all believers. God calls his people into their home, their chambers where they will be hidden while His wrath will be poured out on the world. The wrath of God is coming, it might not be a popular message, but it is clear, and God is just in doing so. But as far as I can see, the clear teaching of Scripture is that God will never inflict His wrath on The Bride.

But what about believers during the tribulation

Much of the confusion around the pre-tribulation is because people ask about believers on earth during the tribulation and assume that they are believers, therefore Christians and therefore part of the body of Christ.

Remember first that there are always ‘believers’ in every age and period of history. But they are given different terms at different times. Interestingly into the future there seem to be different categories and destinies, though all of them ‘in the Lord.’ Think of it like; the Angels are different to people. Created beings, love, worship and serve God, but different purpose and place in God’s plan.

Through the tribulation there is a different category of ‘saint’ – the ‘tribulation saints,’ and these are also different.

If the church has been removed, then who testifies to the truth during this period? In revelation we read about two groups: there are the two witnesses, and the 144,000. We notice that both of these are distinctly ‘Jewish’ in nature. The two witnesses perform signs and wonders just like the greatest prophets ‘Moses and Elijah’ and the 144,000 are all Jewish, 12,000 from each of the 12 tribes.

The period of the Great Tribulation is also called the ‘time of Jacob’s trouble.’ Remember Jacob’s other name was Israel, and often throughout Scripture the names are used interchangeably. When in right standing they are Israel, when in rebellion or under judgment they are referred to as Jacob.

The primary purpose of this period of history is to bring Israel to repentance, the Bible prophesies that this will happen.  At the end of this period, as a nation they recognize that the Messiah they had been waiting for, came 2000 years ago, they call out to Him and He returns. The great part is that we come with Him and join with Him as He sets up His rule on earth, from Jerusalem for 1,000 years fulfilling countless, as yet unfulfilled prophesies, including one made to Mary by the Angel Gabriel.

One final compelling reason is that the Bible seems to speak of clear distinctions between the occasion of Jesus’ return for the church and when he comes to rule on earth (normally referred to as His Second coming to earth). I will conclude with a table that outlines these differences.  I hope that this brings you hope and expectation of the nearness of Jesus’ return. If it even opens up a discussion about these things, then it has served its purpose. I’ve not written this to be divisive but to bring hope and so it is shared in humility and love for that purpose.

Differences between the Rapture & the Second Coming of Christ

← What’s the next line? (Article by David Marlow, Elder) Bringing Hope (We bring a message of life from the ashes) →